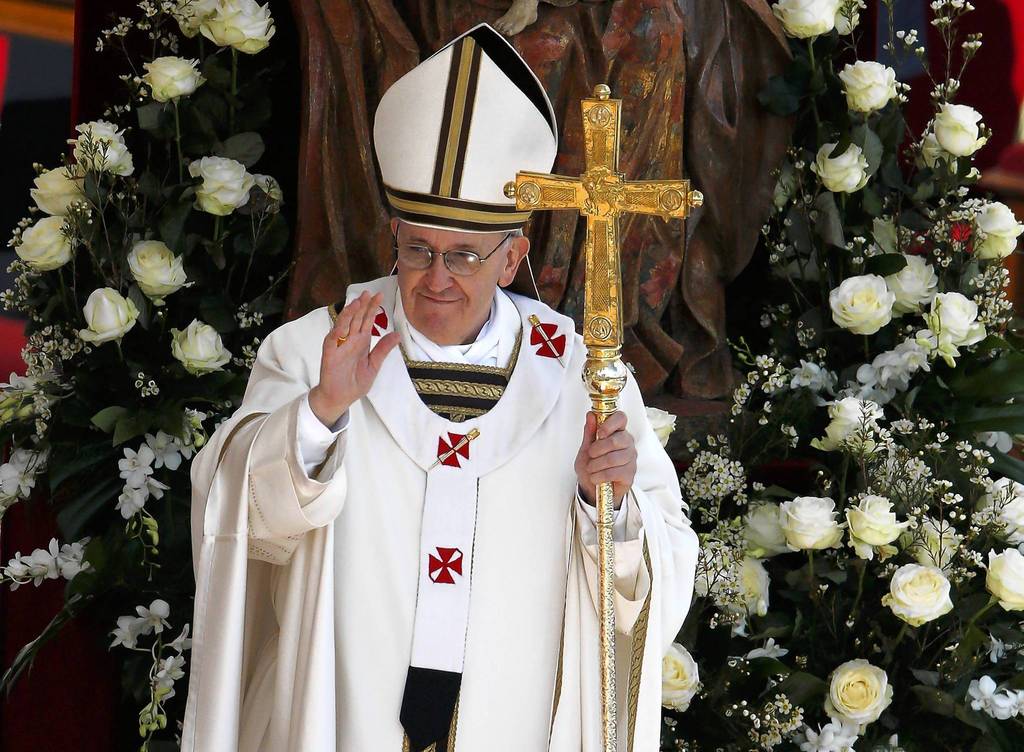 I’m not Catholic. The news about the old pope resigning and the hoopla about white and black smoke didn’t show up on my radar for breathtaking historical momentum. I didn’t wait anxiously for the announcement of His Holy See.

Then I heard the new pope from Argentina chose his papal name in honor of St. Francis of Assisi, the patron saint of animals and ecology. St. Francis preached and lived a life of simplicity. Although he only lived for forty-four years, he left his mark. Now a modern-day pope has finally taken his name. Pope Francis appears to be a worthy heir to the man who followed the teachings of Jesus literally.

I visited the Basilica of St. Francis in Assisi, Italy.

Front lawn of the basilica

The cathedral was packed with people who were mostly silent as requested by signs. If they became noisy a loud “Shush” came over the loud speakers reminding the crowds of where they were. Perhaps they should have started reminding them outside on the plaza leading up to the cathedral where vendors hawked magnets, photos, necklaces, and T-shirts all emblazoned with renderings of St. Francis. Beneath the lower basilica, are the remains of my favorite saint. When I entered this room, I felt I was walking into the most private and painful of places as women knelt before the tomb crossing themselves and weeping for what private sorrow I know not. I only hope they received what they needed from visiting that dark room. For me, I felt the presence of St. Francis more when I wandered the paths of Tuscany with its blooming flowers and odorous herbs and melodious songs of birds.

Pope Francis can’t get away from what the Catholic Church has become, but he can attempt to make a show of his naturalness among the people and a choose simpler way to maneuver through the world.

The name of a pope is no reason to think he’ll make a difference in the world – that only makes me admire his style.

I know there are areas where he could make improvements that would please me, such as allowing women to be priests and allowing same sex marriages, but maybe we have to start at the most basic level and move our way up. His acceptance of other religions and branches of Christianity could open up dialogue in an arena that’s been responsible for too many wars and deaths to this day.

In his own words, to heads of state on the day of his installation Mass: “Please, I would like to ask all those who have positions of responsibility in economic, political and social life, and all men and women of good will: let us be protectors of creation, protectors of God’s plan inscribed in nature, protectors of one another, and of the environment.”

Maybe there’s a reason and a purpose for all the hoopla. This writer woman in her little world in Pennsylvania sure hopes so. I heard on the news last night that the Catholic Church is suffering from a severe shortage of priests – so much so they’re offering up priesthoods to Anglican priests. I’ve also read about nuns and other women who are fighting for the right to be priests. Duh. . .

What am I missing? Here you go, Pope Francis. Here’s your chance to open your arms and show us that you are living up to your name and your words.