They came out of nowhere that day I floated on a fishing boat in the waters off Chokoloskee Island. Two men in a canoe using long poles to push themselves through the shallow water as low tide came. They said they went out every day on those waters on the western edge of the Everglades. The people of the Everglades

call their way of life “free.” They live by the seasons, the sun, and the vagaries of weather.

Most of the land in this part of Florida lies at or below sea level. Chokoloskee Island, a small island at the gateway to the Ten Thousand Islands, is one of the tallest places in the Everglades and it was formed by the Calusa–the native people of the Everglades–who threw their seashells in piles that soon grew into mounds. Developers in Florida destroyed many of these mounds and the advent of Europeans into Florida forced the Calusa into exile to Cuba or worse. By the 1770s, most all of the original people of the Everglades were gone.  And by the 1930s, much of the Everglades was manipulated and destroyed in man’s effort to control water.

No place exists anywhere on the planet like the Everglades. Fortunately, the National Park Service and the Florida Fish and Wildlife Conservation Commission ensure lands are protected and sustained. 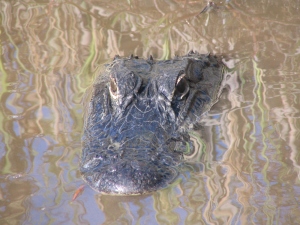 King of the Everglades

Those fishermen who came out of the water the last time I visited the Everglades reminded me of the timeless beauty and simple endurance of nature. The Everglades may not be what they once were, but they have survived, and along with them the flora and fauna that make up the rich environment of the “river of grass.” 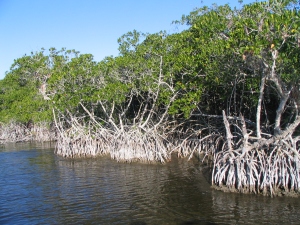