We began by hiring Samuel to bring his excavator out to the cabin to prepare the site for a garden. Tree stumps stood in Robert’s way to turning the soft clay soil. Samuel had no problem ripping them out of the ground and dumping over the other side of our small mountain (folks here call these hills or foothills).

We heard him before we saw him. He decided to unload his machinery down at the bottom of the hill and drive it up to the cabin. And then he got right down to work.

After three hours, Samuel finished the job, leaving the rest to Robert and another great guy, Peter, to start building the beds.

Originally, we planned to build two beds – one beneath this one. But then we decided that the lower bed would actually be two or three smaller boxes to be built later in the spring. One thing that has been difficult is finding good top soil. We finally found someone who will be delivering a load this week, and that will finish off this first bed.

Robert wants the soil to rest for a few days before he begins planting the seedlings, although he’s going to hold off on the tomato plants for a few weeks. 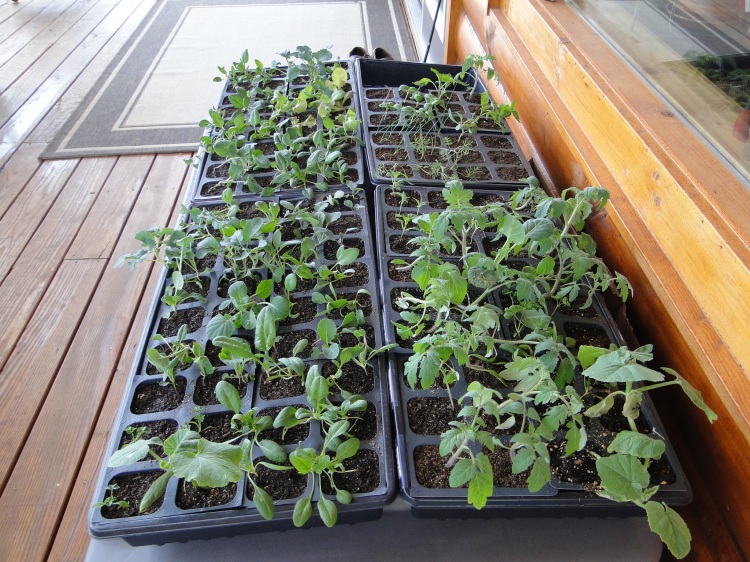 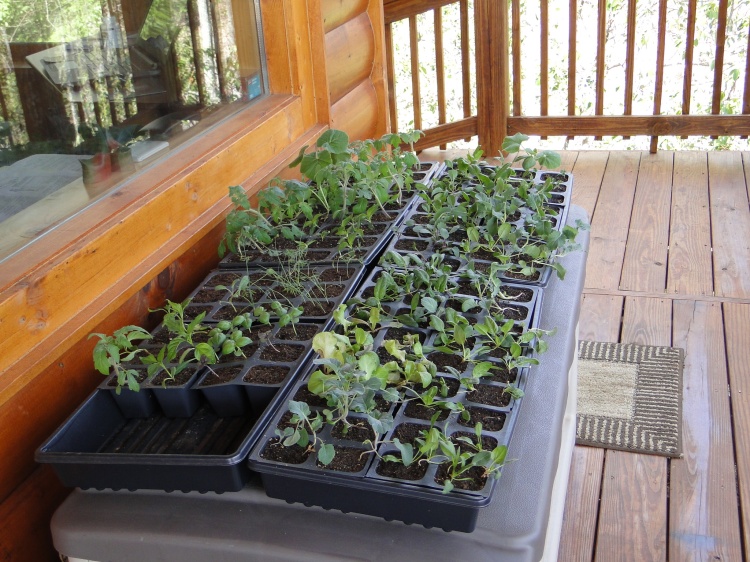 I think this will be an excellent garden. I will keep you posted on the progress.

Robert’s retirement brings him to a place where he can pursue his passion for growing food full time. Next challenge for him will be to create a garden in our Florida home. He’s in for a huge learning curve as all of his gardening – since he was old enough to hold a shovel – has been in the north. Lots to learn in the coming months, but also food to eat and stories to tell.

From Seed to Table presents lots of gardening tips and recipes for meals and also for preserving the food from the garden. I wrote this book based on a northern garden. I guess it’s time to start creating another volume for gardening in the Smoky Mountains! Still, I think you’ll find lots of good tips no matter where you live.